Meet our Year 3 Team, we are looking forward to working with you and your children this year.
Mrs Tracy Diaper - Class Teacher
Mrs Maria Lowman - LSA

Over the past 6 weeks, Year 3 have been working with coaches from Fareham Leisure Centre to complete their Everyone Active programme.  The children have completed a mini Olympics, took part in a dance club and worked collaboratively in a variety of games.

The course finished with a trip to Fareham Leisure Centre where the children took part in boot camp.  Although very tired by the end of the afternoon, they thoroughly enjoyed themselves.

Well, it's that time again.  Homework projects have been coming into school all week and we have now heard all of the presentations.  It has been lovely to see so many children taking the time and putting lots of effort into their projects and being able to explain what they have learnt.  Homework is really important and really helps to develop a child's independence as well as their drive to learn.

Here are some of the pieces we have received.

In Defense of the Realm - Homework Projects

Today the children led a very special liturgy.  Throughout the past week we have been thinking about the children in the world affected by war, climate change and poverty.  They have shown empathy for children who has lost their homes, things they love and people they care for.  To help understand the loss these children have experienced, the children were asked to bring in one thing which was important to them and place inside a cardboard box.  Some children were concerned about being parted from their toy overnight, the thought of this helped them to begin to understand how the refugee children would be feeling when they left precious possessions behind.   The children have shown great compassion and understanding for others and I am very proud of all of them.  Well done Year 3.

Thank you to all the parents who came to share in our liturgy.

We have embraced our plant science unit and begun sowing our seeds.  If all goes well, we will have our own little salad garden with lettuce, tomatoes, radish, spring onions, cucumber and potatoes.  The children are looking after the seeds and eagerly awaiting their germination.

Gran can you rap? 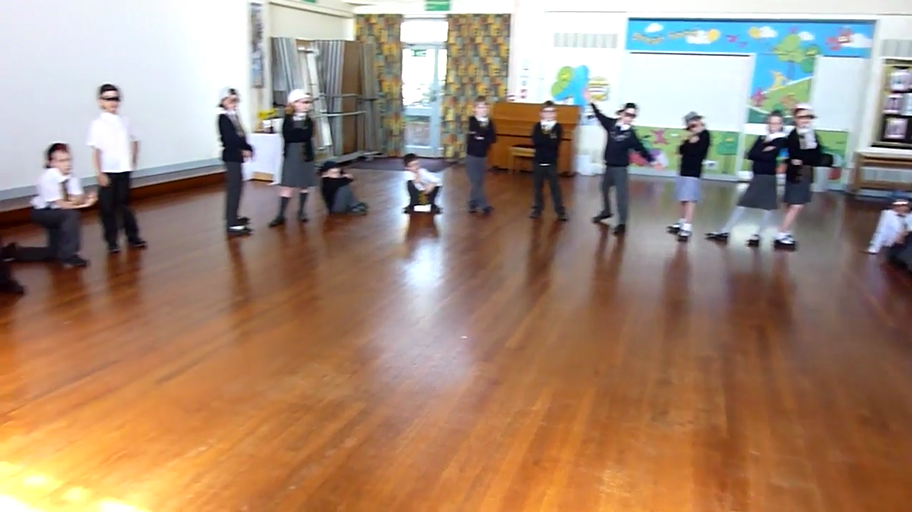 As part of the English curriculum, the children are expected to read, rehearse and perform a poem. So, to give it a little twist, Year 3 have learnt a rap. Before they began performing the rap, they identified the rhythm and rhyme and effective language. They considered what different actions they could include and began to rap to the beat. They have thoroughly enjoyed learning this and have done a fantastic job. Well done Year 3!

Although it has been a short half term, it has certainly been full of lots of exciting things.  The children have enjoyed reading their class novel, 'The Borrowers' by Mary Norton and have written some fantastic newspaper articles linked to this.  As part of the English curriculum, the children are required to plan, draft and edit their own work, and that is what they did.  They identified the language features required and ensured these were used effectively.

In maths, the children have been learning to read the time to the nearest five minutes.  This is a really difficult concept for some children and they all worked really hard in their efforts to understand times past and to the hour.  This then allowed them to identify digital times.  They all rose to the challenge of solving problems involving timetables.

Sadly, we come to the end of our 'Extreme Earth' topic.  The children created some very good PowerPoint presentations to demonstrate all they had learnt within the topic.  This allowed them to apply the skills needed to animate the presentation.  Here are some of examples of the final pieces of homework presented this week....

The children thoroughly enjoyed their drama workshop on Wednesday.  Using paintings of Pompeii as a stimulus, the children used costumes to become the people of Pompeii prior to the eruption of Mount Vesuvius.  Over the course of the afternoon, they acted out the scene before during and after the eruption.  Here are their accounts of the afternoon:

"On Wednesday 9th March we took part in a drama workshop all about Mount Vesuvius.  We all had to dress up and I dressed up as a Gladiator.  I was wearing a white gown, a purple cape and a zig zag gold belt which was really shiny."  - Holly

"For our workshop we pretended to be in Pompeii when Mount Vesuvius erupted.  I played the role of a bread seller in the market place.  My job was to make and sell bread.  It was very fun because I had so many customers." - Sean

"Yesterday afternoon, we took part in a drama workshop and we dressed up as people in Pompeii. I dressed up as a rich lady and I spoke to market sellers. My favourite part was the acting.  In the acting, whenever we heard a loud noise we had to make ourselves wobble and pretend it was an earthquake.  When the volcano erupted, I felt terrified." - Imogen

"We had to dress up as the people in a painting of the market place in Pompeii.  I was a Centurion and had to have important meetings with special people." - Alex

Yet again, we have had a fantastic response to our homework project.  The work produced has been to a really good standard.  When the children were presenting their homework to the class, I could clearly see how much they had enjoyed it.

Here are a few examples of the work produced...

On Wednesday, Year 3 went to the Search Museum in Gosport to take part in a workshop linked to their Science topic 'Funny Bones'.

During the course of the morning, the children took part in a series of tasks.  Some of the activities included: building a human skeleton while considering how the bones would join together, identifying the different types of joints in the human body, locating and positioning organs and piecing together an animal skeleton to identify what it was.  The morning was action packed and the children really enjoyed the experience.

Here are a few pictures which capture their learning...

To launch their new class novel, The 'Borrowers' by Mary Norton, the children were asked to create a diorama for their own borrower.  We have had a fantastic response to this mini project!   The effort and attention to detail has been amazing, the children should be extremely proud of their achievements.

Christmas is getting closer and the children are getting excited, each day they come to school with news to share! The Christmas tree has been decorated, the lights have gone up or their Elf has been up to mischief once again!

So what better way to engage the children in their writing, than to write about Christmas. This week we have looked at different christmas pictures and worked on using adjectives and verbs to describe them.  The children are keen to use a thesaurus to improve their vocabulary and make their writing their very best.

We have also listened to a small part of the Home Alone soundtrack .  The children were asked to imagine what could be happening in a film if this music were being played.  Here are some of the descriptive paragraphs which the children have written.

Dancing silently, Mum is finishing off the dinner that is lovely and delicious.  Loudly, dad is putting up the green spiky tree and decorating it until he realises that the gold star has fallen off the top and has to put it back on.  Noisily, the excited sister is downloading lots of christmas songs on her phone!  Grumpily, the big mean brother stomped down the steep stairs saying where's my food!!!!

Laughing quietly, the baby learned how to crawl.  Everyone cheered, we were very proud of the baby.  Carefully, dad put up the Christmas lights.  Dad also got out the prickly tree.  Cooking frantically, mum shoved the fat juicy turkey in the oven.  Admiring the lights, the little sister fell over.

Quickly daddy and mummy were getting ready for my family.  Dad was rushing to get every thing done.  My big sister was ill so she was making her bed.  My mum was cooking the delicious roast dinner.  Dad was carefully putting up the christmas tree but he realised the tree was falling apart!

Mum is running around frantically searching for the glistening and shimmering christmas decorations  even though it is 4 o'clock in the morning.  Slowly dad is putting up our emerald green christmas tree but then disaster strikes.  He realises that our tree is wonky.  Quickly the sister rushes into the kitchen to claim her jar of chocolate coins.  Suddenly the dog Ted came rushing by and he is chasing the cat Olivia.

Carefully Mum is cooking delicious turkeys, strawberry cake and some chocolate pancakes.  Joyfully, dad is putting up Christmas decorations.  The baby is sitting on the play station controller.

We have had a fantastic response to the Stone Age homework project and have all had an enjoyable afternoon sharing the work which has been brought in.  We had a huge range - Ilyaas created his work using Scratch and built the code to make his sprite move,  Freya shared her cave painting and explained why cave paintings were important and we had some amazing Stonehenge models.

Here are a few examples of what has been accomplished....

Some of the many great pieces of homework - 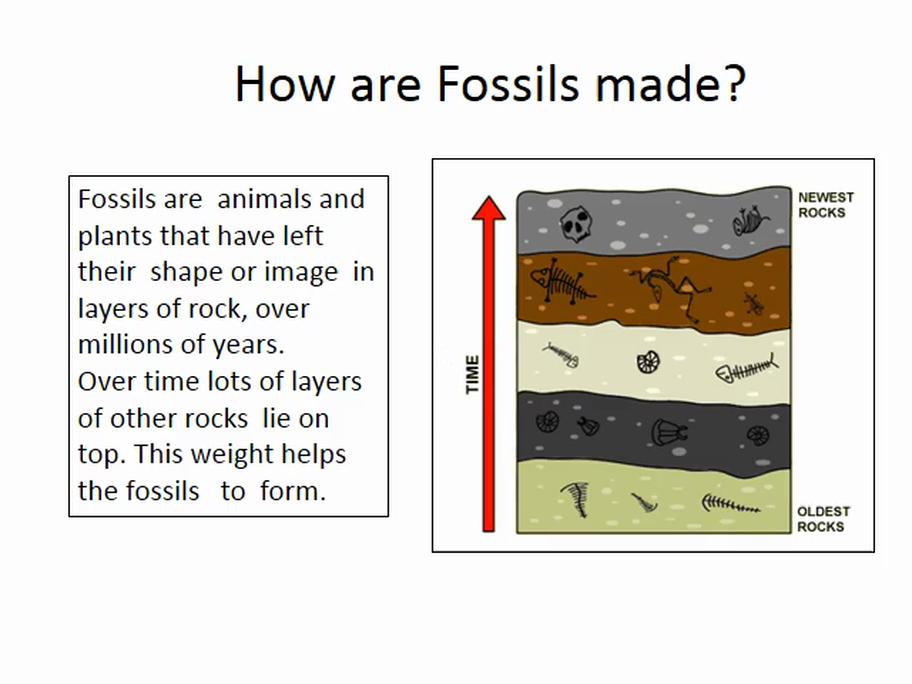 Alice has been a fossil hunter and found several fossils along the Jurassic Coast. 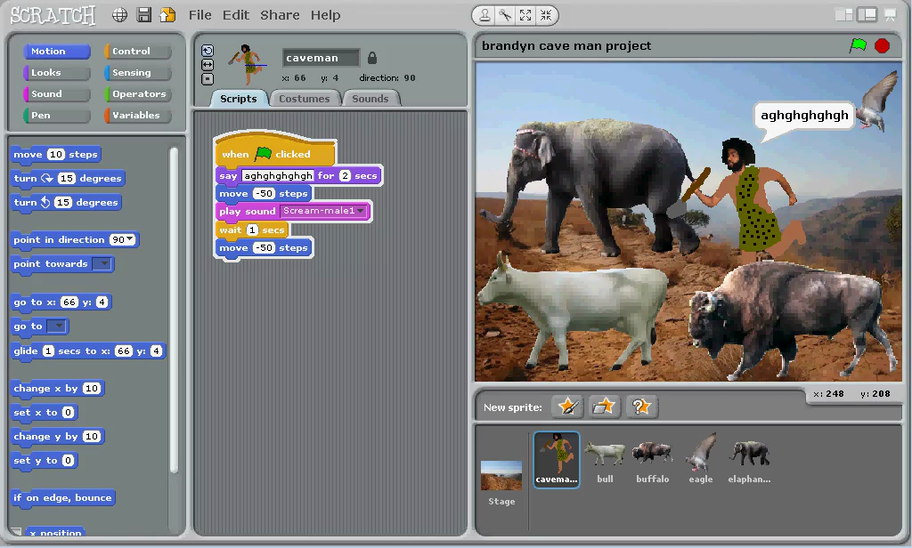 The children have had a great start to Year 3!

Embracing their new topic 'Hunter Gatherer: Noble or Savage?' the children went outside to build their own shelters using only bamboo sticks and sheets.  What they created was very good. However, they were shocked when asked if they would like to sleep there overnight!